About the Large Black Heritage Pig

The Large Black pig is native to Cornwall, Devon, and Somerset in Southwestern England. Originally known as the Lop Eared Black, the breed was selected for large size and efficiency of production on pasture and other forages. The Large Black gained popularity rapidly during the last half of the 1800s, and it was one of the most numerous of the English pig breeds in 1900. A breed association was formed in 1898. 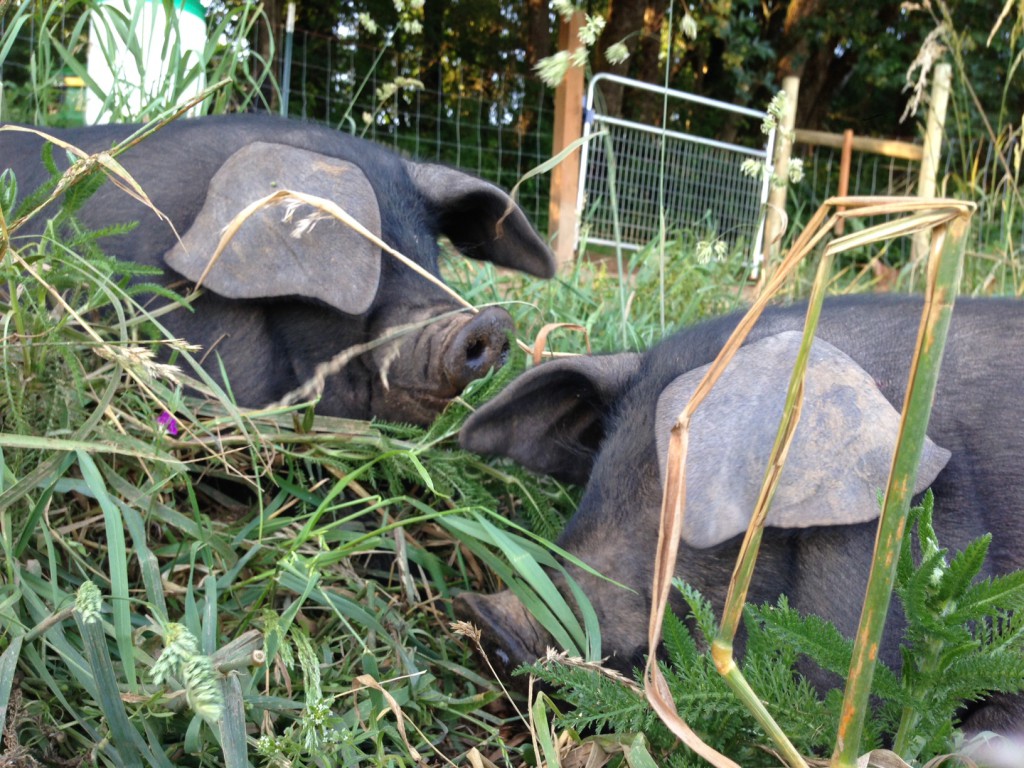 The Large Black was used in small scale production of both pork and bacon. It was also ­valued for commercial crossing, primarily with the Large White breed (called Yorkshire in the United States). This cross yielded great hybrid vigor, and it was well regarded commercially.

The breed’s popularity peaked during the 1920s, and the Large Black was exported to ­several other ­countries, including Argentina, Australia, Brazil, Germany, New Zealand, South Africa, and the United States. After World War II, however, the shift toward intensive husbandry of pigs led to the decline of outdoor breeds that were not competitive indoors. The Large Black nearly became extinct during the 1960s, and it remains one of the rarest British pig breeds. In 1973 the breed was put on Rare Breed Survival Trust’s critically endangered livestock list.

As its name implies, the breed is large framed and solid black. Lop ears fall forward over its face, and while they are an impediment to sight, they protect the eyes from damage while the pig is rooting and foraging. The Large Black is best known for its foraging abilities and its maternal qualities. Large Black sows are able to raise and wean large litters of piglets out of doors, and these survival characteristics give it genetic value. It is important to recognize that obesity in females can result in cystic ovaries and may cause a fall off in fertility. The size of the jowl is often a good indicator of obesity for the breed and can be used to monitor condition in the animals. Mature boars weigh 700-800 lbs (318-363 kg) and sows reach 600-700 lbs (272-318 kg) as an adult.

Because of the increased interest in pasture raised pork by consumers, Large Black hogs are beginning to be recognized as a great choice in pastured management systems. According to the Large Black Pig Breeders Club in the UK, the number of breeders rose from 114 in 2004 to 144 in 2007. In the US there are approximately 300 breeding Large Black hogs as of 2008.

From the American Livestock Breeds Conservancy.

Pages On Our Site